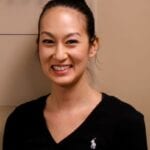 Cassie Ray is one of two alums to complete all three degrees-B.A., M.S., and Ph.D. at the School of Communication Studies. Cassie says she is “filled with pride to say I am truly (and literally) ‘All Vol.'” “Each degree changed me, they shaped me to be a more competent, professional and better person in general. 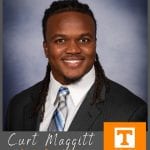 Curtis Maggitt was born and raised in South Florida, West Palm Beach. In 2011 he came to Tennessee on a full scholarship to join the Volunteer football team. He decided that majoring in Communication Studies would be the best fit for him. Maggitt graduated from the College of Communication in 2014. After a promising football career at Tennessee, All- American, SEC honors and other awards, he went on to play professionally with the Indianapolis Colts. 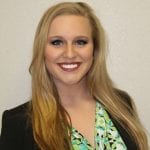 𝐖𝐡𝐲 𝐝𝐢𝐝 𝐲𝐨𝐮 𝐜𝐡𝐨𝐨𝐬𝐞 𝐓𝐞𝐧𝐧𝐞𝐬𝐬𝐞𝐞 𝐚𝐧𝐝 𝐭𝐡𝐞 𝐂𝐂𝐈 𝐩𝐫𝐨𝐠𝐫𝐚𝐦 𝐟𝐨𝐫 𝐲𝐨𝐮𝐫 𝐦𝐚𝐬𝐭𝐞𝐫’𝐬 𝐝𝐞𝐠𝐫𝐞𝐞?
“I always felt at home within the College of Communication and Information. The professors in the Communication Studies department watched out for me throughout my college career.” 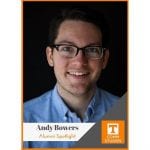 Andrew Bowers graduated from the College of Communication & Information with a major in Communication Studies. While here, he gained a multitude of experience within marketing and especially social media. His senior year he interned in the Tennessee Athletics Media Relations department, specifically with social media for the men’s basketball program, and football program, which lead him to where he is today. 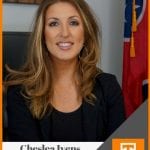 After graduating from the University of Tennessee in 2012, Chelsea Ivens moved to Washington, D.C. to begin a career in the political sphere. Her experience on Capitol Hill began with an internship in U.S. Congressman Phil Roe’s office, where she received a behind-the-scenes look into the nation’s political nucleus. This internship launched Chelsea into the world of public policy and federal government. 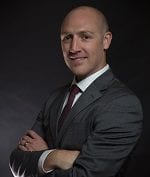